She recommends a “vaccination against erroneous information”

The Swiss Young Academy, together with the Swiss Academies of Arts and Sciences, is holding a panel discussion on the topic of “Fake News and Conspiracy Theories” on 29 September, on the occasion of the Prix Média and Prix Média Newcomer awards ceremony. Co-organizer Sabrina Heike Kessler explains in this interview how research can react to fake news. 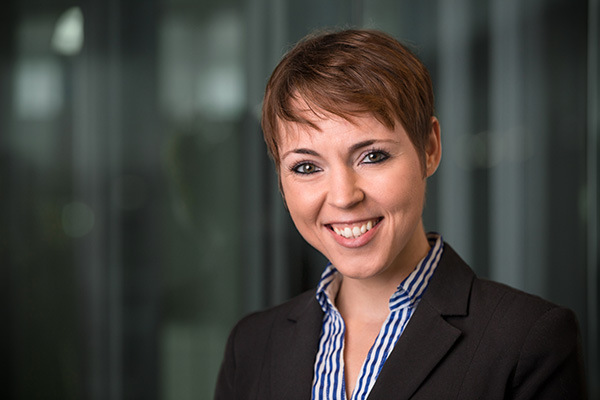 Sabrina Heike Kessler, when was the last time you were taken in by a piece of fake news?

I don’t think I was taken in. But I do come across it every now and then – funnily enough, just today (18 August 2022, editor’s note). A colleague posted a headline from Weltwoche on Twitter. It said that the coronavirus vaccination is probably to blame for the drop in births this year. This is an example of how a serious-looking journalistic product spreads unverified news.

It can be refuted relatively easily, after all. But what about less obvious fake news?

Actually, not everything is so easily verifiable. A good example is the war in Ukraine: I have to believe what journalists write because I’m not on the spot myself and I don’t know any eyewitnesses either. Fake news can also be spread there, of course, but if it doesn’t get out, I'll never notice it.

“Truth is the first casualty of war” is a common quotation about this. What about information on scientific topics?

There’s a lot of unconfirmed knowledge in science and on health topics. When this is disseminated as fact, the question arises as to whether this is disinformation – that is, a deliberately disseminated false message that is intended to cause harm – or whether it is “just” ignorance.

“Once a piece of erroneous information has spread, it’s embedded in people’s minds at some point – and it’s very difficult to get it out again.”

You are, among other things, the speaker for the Swiss Young Academy’s “Covid-19 and Fake News” project. How can such a project help you to keep people away from conspiracy theories?

How does such a vaccination work?

Through education about erroneous information and about misinforming communication strategies in general. But that presupposes knowledge. This knowledge is generated in research or in a Swiss Young Academy project, like this one. Which items of fake news spread? Why is it only certain items of fake news and not others? Why do they affect many people more, others less? What role is played by information literacy, social media, information channels in general and media usage? These are questions that can be clarified in such projects. This knowledge helps to develop pre-bunking strategies. For example, if someone knows that anti-vaxxers use certain narratives repeatedly, the next time he or she comes across these narratives, that person will be prepared and demonstrably also less susceptible. For example, the assertion that vaccinations contain poison had been made for other vaccinations before coronavirus.

The Covid pandemic in particular has shown how important it is to communicate scientific contents in a comprehensible way. What contribution does communication science make to this?

The aim of communication science is to examine the structures, mechanisms and impacts of (effective) communication. But it doesn’t stop there, as its task is also to critically question the practical implementation of this knowledge – that is, to assess and evaluate science communication or also science journalism, and to learn lessons. It examines, for example, how certain target groups are reached or which communicators were particularly visible.

“And then it also becomes clear that science journalism is costly precisely because a lot of effort goes into it.”

Is science journalism not simply a mouthpiece for researchers?

One of the clear tasks of science journalism is to classify scientific findings and translate them into practice. Now the question is actually – how can this be strengthened? I hoped that the coronavirus pandemic would help to strengthen it, because it became quite clear how important that is. The public and even politicians should have realized how necessary it is to have competent and trained people. I often tell a little story to illustrate how important this is: taking the debate on autism and measles vaccination as an example, I explain how much effort goes into researching information in a truly valid way. I show how many studies one has to read and understand, that one has to check on the authors of the studies and look at who funded this research. So, I spend half an hour talking about all the points one has to check on to find out that the news claiming that measles vaccination leads to autism is fake news. And at the end I then say: “You don’t have to make all this effort, because science journalists will make it for you.” And then it also becomes clear that science journalism is costly precisely because a lot of effort goes into it.

You are also a founding member of the Swiss Young Academy. What contribution can this young voice make to the dialogue between science and society and thus to the fight against fake news?

The Swiss Young Academy has set itself the task of promoting the dialogue between science and the public. In the Covid-19 and Fake News project, we use a topical subject to discuss the general spread of scientific misinformation. We used various formats, including co-creation workshops and a population survey. We are now conducting a Delphi survey with experts and organizing a panel discussion on the topic as part of the Prix Média. So, on the one hand, our aim is to establish contact between young researchers and society, but on the other, it’s also about translating research into practice and communicating the findings in a comprehensible way. The members of the Swiss Young Academy are also very committed to doing so in other projects.

Misinformation = erroneous information spread without a deliberate intent to deceive

Conspiracy narratives/theories = alternative explanations for events, processes, states of affairs or actions that relate to individuals or groups acting in secret and usually pursuing the goal of gaining or retaining power through the use of certain (illegal) means.

Sabrina Heike Kessler (born in 1986) has been a Senior Researcher and Teaching Associate at the Institute for Communication Science and Media Research at the University of Zurich since August 2017. She is a founding member of the Swiss Young Academy and speaker for the project “What does Covid-19 fake news teach us about the spread of scientific erroneous information in general?”. She studied Media Science (HF), German Linguistics (NF) and Psychology (NF) at Friedrich Schiller University in Jena and also received her PhD in Communication Science in Jena. Her areas of expertise include science and health communication and their impact. She currently devotes her free time mainly to her 3-year-old son, “trying to answer his 50 to 100 ‘why’ questions as understandably as possible,” she says with a laugh.