«We should have the courage to be an experimental pool.»

What do flows of money have to do with climate change? How can coal miners participate in the green transition? With these topics, Florian Egli moves at the interface between science, politics and society. As a member of the Executive Board of the Swiss Young Academy, he wants to help to strengthen this interface. 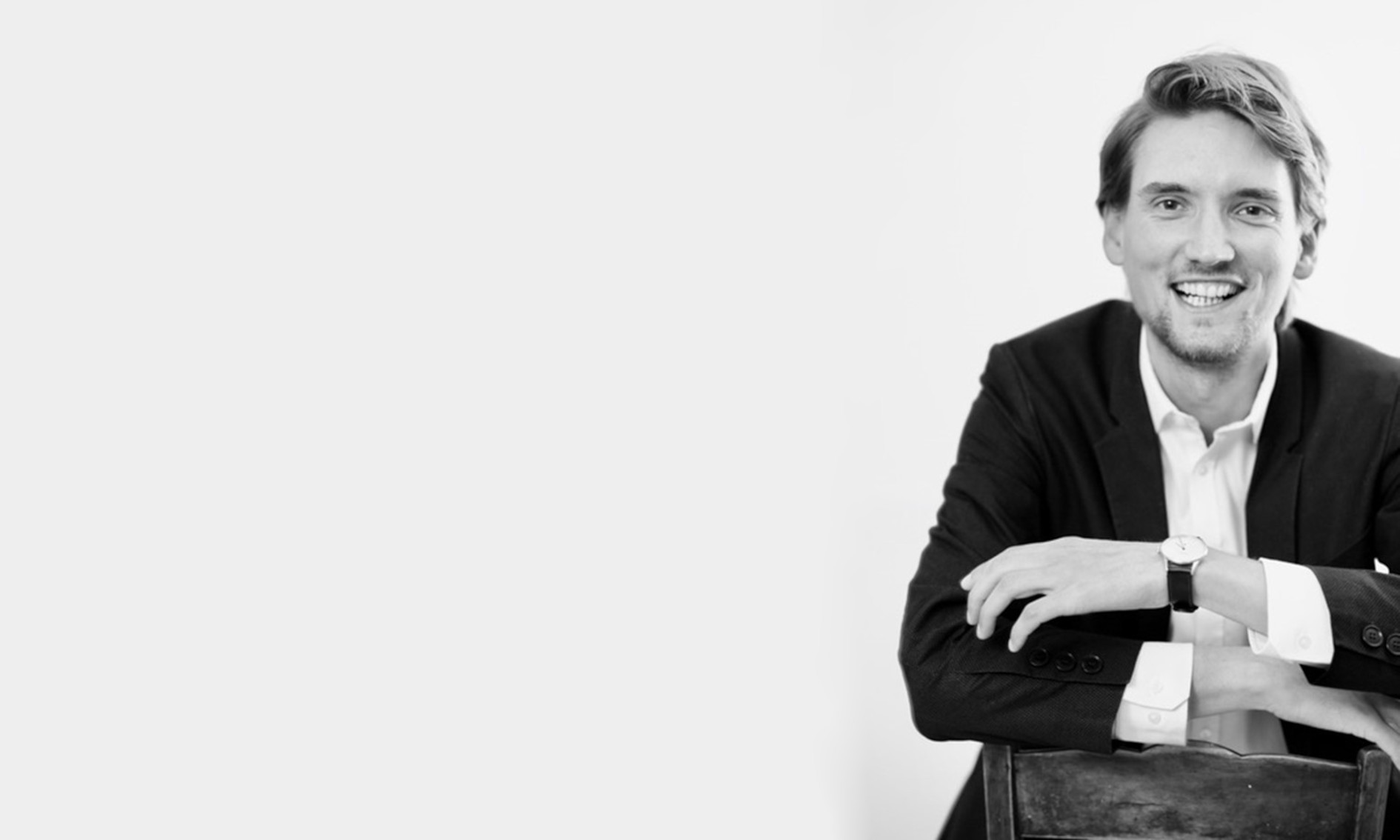 Florian Egli, how would you describe the state of the world in three key words?

Phew. In three key words is difficult. Inequality is certainly an important topic. Then there is the disconnect between material output and input: 150 years ago, people produced a large proportion of their daily requirements themselves or obtained them in the neighbouring locality. This goes hand in hand with a dwindling connection with the natural habitat, because people are moving more and more in artificial spaces. What also preoccupies me is speed, people’s sense of time has shifted dramatically, everything happens incredibly fast.

You’re an economist and deal primarily with climate issues. How did you get into this field?

At first, I started off studying medicine – because I wanted to give something back to society. But I realized that my interest in medicine was not passionate enough to devote my working life to it. The fact that I chose economics actually has to do with my childhood: I always read the newspaper, both the international and the sport sections. I didn’t want to pursue sport professionally, as it’s simply part of the rest of my life. But I wanted to know how our world works. When reading the newspaper, it became clear to me that: if I grow up in Zurich, I can make a lot of mistakes in my youth, but the chances are very high that I’ll nevertheless get my act together again and again, graduate from high school and make my way in life. If, on the other hand, I hadn’t got my act together at the age of six in another country, it would have been finished. And that, in turn, has a lot to do with economic contexts: people live with incredibly different opportunities. I’m convinced that economic contexts are one of the most important drivers – if not the most important - of the reality of our lives. The fact that I combined my economics studies with general ecology was then an emotional decision. I feel I have a very close connection with the natural habitat and it saddens me when this habitat is lost.

«The way nature functions, the coexistence between different living beings, this systemic idea – that has always interested me.»

Was there a key experience that sensitized you to climate policy?

It was an interplay between different factors. The way nature functions, the coexistence between different living beings, this systemic idea – that has always interested me. When I was 20, I spent four months hitchhiking through ten countries in southern Africa, always very close to nature, with my girlfriend of the time. On the flight back from Dar es Salaam, I put on socks again for the first time and I can still remember that feeling today. How unnatural it actually feels once you’ve grown unaccustomed to wearing socks. This feeling of being connected to the ground made me turn to environmental issues and then also to the climate issue. Later on, I asked myself what the great societal challenge of the 21st century – and thus of my generation – will be. I’m convinced that it’s climate change.

What are you working on in your research today?

Above all on two topics: firstly, the question of what role investments or, as applicable, the financial sector play in climate change. Ultimately, the question is what economic incentives can be used to take forward the climate and energy transition. The second question is how the “losers” in this transition – coal miners, for example – react to the change. It’s clear that coal mining has no future. So, what kind of participation in the green economy can one offer these people? In percentage terms, only a small part of society is affected, but the destiny of some individuals is harsh. Because only a few people are affected, monetary compensation would be the easiest solution. But that doesn’t work because people want appreciation for their work. So, we have to think about effective re-training and we know almost nothing about that yet. What is clear is that there’s no point in sending coal miners on programming courses. They have to be able to do something that’s closer to their skills. Not so easy.

Do you have a role model in science?

I work in London with the American-Italian economist Mariana Mazzucato. She’s very unconventional and questions economic tenets that have predominated since the 1950s, such as those of individualism and a rational understanding of the market as being in equilibrium, ideally with as little state intervention as possible. She very convincingly debunks false certainties by presenting a new narrative. This narrative is that the public sector is much more relevant than we think. Many technologies that shape, and have changed, our everyday lives – for example, touch screens and GPS – were developed with a great deal of public support. Mazzucato demonstrates this using the example of the iPhone. And because the public sector is so important, good people have to work there who have an entrepreneurial mind, are willing to take risks and are committed to ensuring that the state does something and doesn’t withdraw. The idea is to get away from thinking that state intervention is a bad thing. It can be very effective. Mazzucato calls this the “entrepreneurial state”. The latter is particularly important when one wants to meet societal challenges such as climate change and steer economic development in a certain direction – that is, by promoting not simply innovation but, for example, specific technologies that can contribute to overcoming the climate crisis.

But with regard to climate change, the power or will of states doesn’t seem to be very strong: although the topic is politically and socially present, attempts to enact effective measures and laws fail time and again.

I think we are at a threshold. If we look at emissions, it is indeed frustrating, as almost nothing is happening. To achieve the climate objectives, we would have to avoid emissions every year on a scale similar to what happened in the pandemic year 2020 – we have all experienced what that means. But, on the other hand, a great deal is happening. There are renewable energies worldwide that are competitive with fossil fuels. And they’re becoming less and less expensive, which is also driving new developments such as synthetic fuels, which are important for air and sea transport, for example. The implications of this change have not yet reached the core of society. I’m thinking, for example, that in a few years’ time it will be almost impossible to buy a combustion engine. We underestimate how quickly such a change takes place. The beauty of human beings is that, at the end of the day, they are very adaptable. That makes me optimistic.

«I have previously helped to build organizations at the interface between society, science and politics. This interface has to become better.»

I have previously helped to build organizations at the interface between society, science and politics. This interface has to become better. The second motivation is: young people must have more of a say. A current example is the plans to set up a permanent Science Taskforce to advise the Federal Council and politicians. For me, it’s absolutely essential that young people be represented on it. The Young Academy is an important vehicle for advancing such concerns.

What expectations did you have of the Young Academy - and have they been fulfilled?

The Young Academy has managed to be a truly diverse organization. I find that very positive and valuable. The Young Academy is indeed the most diverse place I know in the Swiss academic landscape – so, in that respect, it has fully met my expectations. There’s an exciting exchange here with people who may be at the same point in their careers, but who are otherwise very different. I would like to push for us to be young and entrepreneurial also in the way we function and work, and to show more courage to try things out.

What was the most important thing you learned as an Executive Board member?

For a new organization, it’s important to meet personally. That was of course very difficult during the pandemic. In addition, there’s the insight that we have a hinge function, particularly on the Executive Board: on the one hand, we are a link to the members; on the other, we had to navigate this new vessel in the cosmos of the Academies, which have grown over decades. It takes a lot of dexterity to communicate honestly, transparently and at the right level in both directions, and in this way to bring the organization together as a whole.

What role can you play as the youngest organization in the network?

Ideally, we are an experimental pool for the Academies as a whole. We can try things out, see if they work and share our experiences with the others.

The Young Academy has just launched a call for new members. What should the ideal candidate bring with them?

A great interest in society and politics. The drive to want to change something. And a genuine interest in coming to terms with other points of view.

Florian Egli (born in 1989) grew up in Stäfa (ZH) and attended high school in Zurich and for one year in New Zealand. After graduating from high school and completing recruit school, he studied medicine for one year before moving to Bern to study economics. This was followed by stays in Geneva, France and “travelling years” all over the world. Five years ago he returned to Zurich with his girlfriend, where he also wrote his dissertation. Florian Egli has been playing football ever since he was a boy, and today he plays in the Alternative League. He can also often be found on his mountain bike, and in winter on his snowboard or cross-country skis. He used to play the guitar a lot, but now that’s not enough. He likes cooking, preferably Mediterranean dishes – olive oil and lemons are usually a must. He also reads a lot – at the moment “The Cats of Shinjuku”.