Four new projects to address current challenges at the interfaces of science, politics and society

Exploring the boundary between science and activism, formulating recommendations for improving the working conditions of non-professorial teaching staff, fostering transdisciplinarity through targeted science communication and establishing a science policy and diplomacy network for young scientists – these are the topics that the four latest project groups of the Swiss Young Academy will be addressing in 2023. 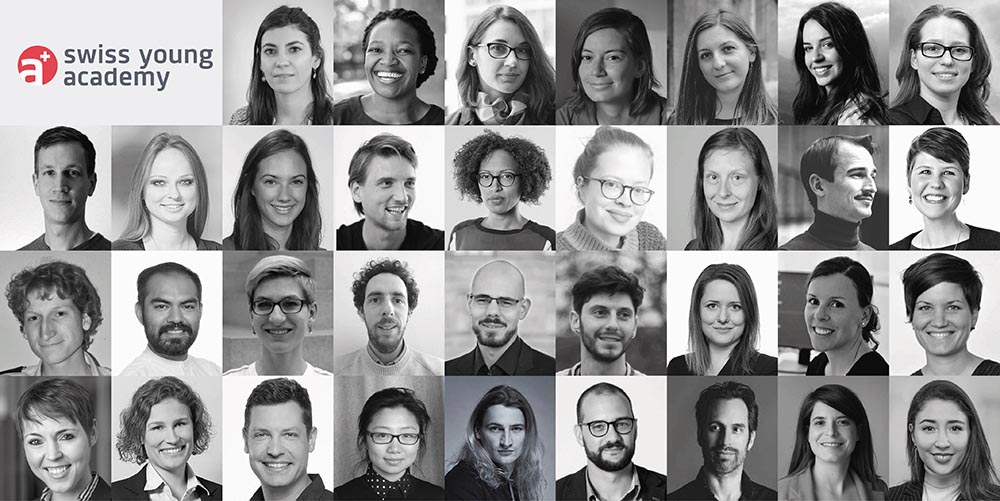 Making things visible, learning, networking and improving general conditions – these are the actions that link the four joint projects that were approved recently by the Members' Assembly of the Swiss Young Academy. The project Science vs Activism? Exploring the Boundary will investigate the tense relationship between science and activism from a transdisciplinary perspective and against the backdrop of current challenges. “It will explore and discuss what roles science and scientists can, should or want to play in issues such as climate change, health crises or equality,” commented the project speakers Stefanie Boulia and Sabrina Heike Kessler.

The follow-up project to last year’s project Challenging Inequalities and Precarious Working Conditions in Swiss Academic Institutions aims to foster an exchange between the key actors in Swiss research policy. “The aim here is to develop policy-relevant proposals that address the most important structural challenges in the academic workplace and academic careers,” said Lucas Mueller and Charles Gottlieb about their new project Policy Suggestions for Swiss Higher Education.

“Making things visible, learning, networking and improving general conditions – these are the actions that link the four joint projects that were approved recently by the Members' Assembly”

The continued project Fostering Transdisciplinary Collaborations for Change will develop a podcast that brings together perspectives from science and society in order to explore current societal challenges. “The aim of the podcast is to inspire young people to explore science as a means of contributing to their communities and the world, of helping them to recognize the connections between different scientific disciplines and to demystify the connections between science and the ‘real world’,” explained BinBin Pearce and Gustavo Ruiz Buendía. The concept here is to interweave personal stories and lived experiences with the latest scientific knowledge on the energy transition and to show how individuals are affected by the changes afoot.

It is the global challenges affecting Switzerland – such as, for example, the climate crisis – that require transdisciplinary solutions at the interface of science and policy and are motivating the project group led by Jovana Milić and Clara Zemp to establish the Swiss Young Network for Science Policy and Diplomacy (SYNESPOD): “The project aims to establish a platform for science policy and diplomacy through partnerships with (inter)national institutions, increasing the capacity, impact and visibility of the Swiss Young Academy as well as early-career professionals in Switzerland. This will be realised through the organisation of trainings, workshops, and meetings with (inter)national associations, creating a strategic network for science policy and diplomacy at the Swiss Young Academy towards sustainable development.”

“We are moving towards a knowledge-based society and our projects critically accompany this transition.“

The Executive Board of the Swiss Young Academy had carefully evaluated the project proposals ahead of time. Each project was subsequently presented to the plenary meeting and discussed. “We are moving towards a knowledge-based society and our projects critically accompany this transition. We on the Executive Board were particularly pleased that two projects build on previous work done by the Young Academy, thus showing a consistent line of commitment,” says Florian Egli, speaker of the Swiss Young Academy.

More information on the newly approved projects will be available on our website soon.

Challenging Inequalities and Precarious Working Conditions in Swiss Academic Institutions
What can we learn from COVID-19 fake news about the spread of scientific misinformation in general?
Fostering Transdisciplinary Collaborations for Change
The Future of Human rights
Who Gets Heard? Selecting Scientific Experts in Swiss Legislative Processes