Retreat: Creating a Network for Early-Career Scholars Affected by Racism and Classism 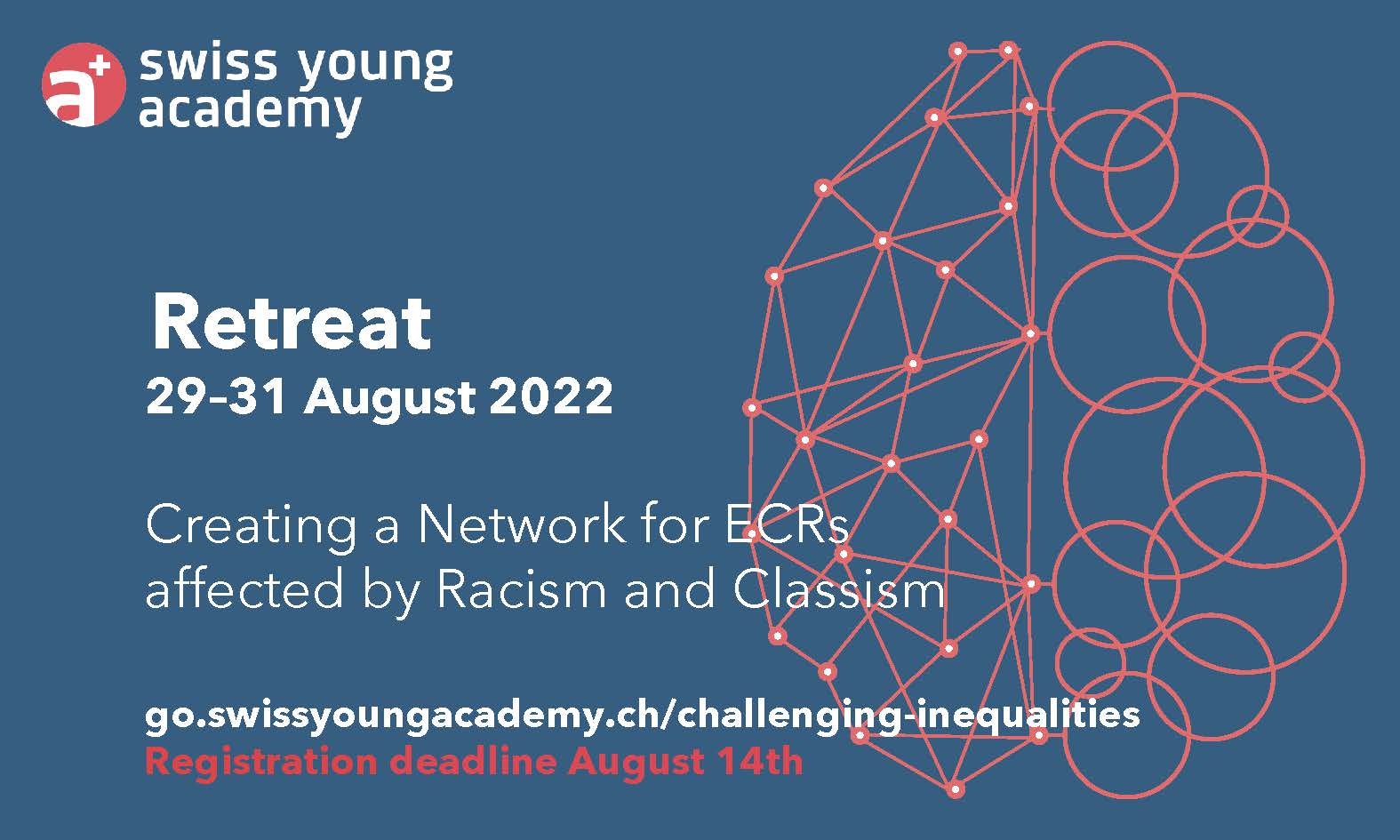 Participants:  up to 20 early career researchers

In 2021, the Swiss Young Academy organized a retreat to address issues around racism and classism in Swiss Higher Education. Early-Career Researchers (ECRs) identifying as first-generation academics and/or Black/Indigenous/People of Colour/Jewish/Migrants were invited to create a space where issues could be openly addressed to identify systemic obstacles and possible ways forward.

Participants diagnosed a silence around race and class within equality and diversity discourses at Swiss universities. In view of the emerging debate about academic precarity in Switzerland, this year will focus on building a self-sustaining support network for ECRs affected by classism and/or racism to envision ways forward and provide the informal mutual support and mentoring participants identified as crucial.

Creation of a self-sustaining network that will be open to scholars affected by racism and/or classism in Switzerland. The concrete goals of the network will be developed together with the participants of the retreat.

Early career researchers affiliated with Swiss academic institutions, who are subjected to racism (including but not limited to antisemitism, anti-Muslim racism, migrantism) and/or classism can apply to participate in the retreat. The participation will be free of charge. Accommodation will be provided.

At the retreat, we will run different workshops that facilitate the creation of a network and create links to last year’s participants